Osteonecrosis of the Jaw

Osteonecrosis literally means bone death in Latin (“osteo” = bone and “necrosis” = death). While many people do not think of bone as being alive, bones have their own blood supply and are constantly in the process of “remodeling” – old bone is breaking down while new bone is forming. Osteonecrosis occurs when the blood supply to a bone is interrupted. While this can occur anywhere on a bone, it occurs most frequently at the ends of bones, where the blood supply is most at risk. The bone most commonly affected is the femur, the large bone in the upper leg that runs from the knee to the hip. Osteonecrosis is sometimes also referred to as avascular (literally, “without blood supply”) necrosis or ischemic (“inadequate blood”) necrosis. 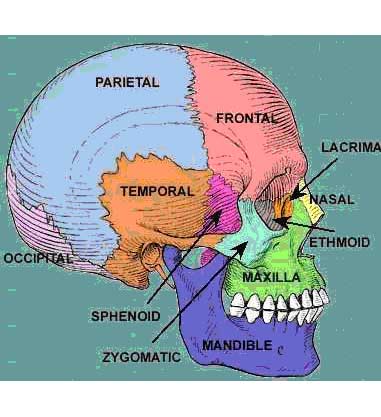 Blood supply to a bone can be interrupted for a number of reasons.

ONJ seems to be more common in cancer patients, where bisphosphonate doses are much higher than in people who just have osteoporosis.  The cancer patients get the drug to reduce the risk of the cancer metastasizing to the bone and to repair bone damage from chemotherapy and/or radiation.   A literature review by British researchers, found that incidence of ONJ in cancer patients goes up substantially when the patients have taken biosphosphonates for more than 5 years.

When ONJ first begins there are ordinarily no symptoms. As the condition progresses the most common symptom is pain. Pain is usually felt only with chewing when it first begins. However, it can progress to the stage where the pain is constant and so severe that it is painful for individuals to open and shut their mouths. Gums may become swollen and a tooth or teeth may feel loose. Some patients report that their jaws feel heavy and numb. Some bone may become exposed and have sharp edges.

When an MRI does not show any abnormality but the doctor remains suspicious of osteonecrosis based on symptoms, there are additional tests a doctor may order. They include a biopsy of the bone and a “functional evaluation” of the bone, which involves measuring pressure inside the bone. Both tests require surgery and so they are usually ordered only as a last resort.

The goals in treating ONJ are stopping further bone loss, saving any joint that is affected, and stimulating new bone growth. The obvious first step is stopping Fosamax or any other biophosphanate (Acredia or Zometa) that the patient is taking.

The type of treatment is based in part on whether the condition is diagnosed in its early stages. If it is, medical treatment is usually attempted first. Other important considerations are how much of the bone is affected, whether the teeth are still rooted firmly in the mandible (jaw bone), and whether the temporomandibular joints (TMJs) are involved. The TMJs are the joints between the mandible (jaw bone), and temporal bones, which are the bones in the skull that surround each ear. A TMJ is illustrated in the diagram.

Drugs such as Motrin (Advil and Ibuprofen are popular brand names) are often prescribed to reduce pain. These drugs are part of a group of medications called nonsteroidal anti-inflammatory drugs (NSAIDs), many of which are available without a prescription. Because infections are common in ONJ, treatment of any infection with antibiotics may be necessary. If a person has a blood disorder that may be contributing to inadequate blood supply to the bone, that will also be treated medically.

A stretching program for the TMJs may help keep them functional and increase their range of motion.

Bone with ONJ heals poorly and so it is best to postpone dental procedures.

Unfortunately, most people with osteonecrosis will eventually need surgery. There are several surgical procedures used to treat osteonecrosis.

Osteonecrosis causes pressure to increase inside affected bone. There is ordinarily no way for elevated pressure inside a hard, rigid bone to be released. It is believed that the increased pressure contributes to the pain of osteonecrosis. A procedure called a core decompression was first developed in 1974 to release pressure by drilling a hole in the bone. The hole is drilled parallel to the long axis of the bone and, in addition to relieving pressure, allows new blood vessels to grow in the space created. The space also fills with other tissue, which can include new bone. While the hole is not a large one, it can make the bone weaker for the first six weeks or so following surgery. A core decompression is usually only performed when osteonecrosis is diagnosed in its early stages. Early treatment usually helps in reducing pain and can slow or halt the progression of the disease.

An osteotomy involves reshaping the bone to reduce stress on the affected area. Recovery can be a lengthy process, requiring 3 to 12 months. This procedure is most effective for patients with early-stage osteonecrosis and those with a small area of affected bone.

Bone grafting transplants healthy bone from another part of the body into the diseased bone. It is often used to support a joint after core decompression. In many cases the surgeon will use what is called a vascular graft – an artery or vein – to increase the blood supply to the affected area. Recovery from a bone graft can take from 6 to 12 months. The procedure is complex and its effectiveness is unproven. Clinical studies are underway to determine its effectiveness.